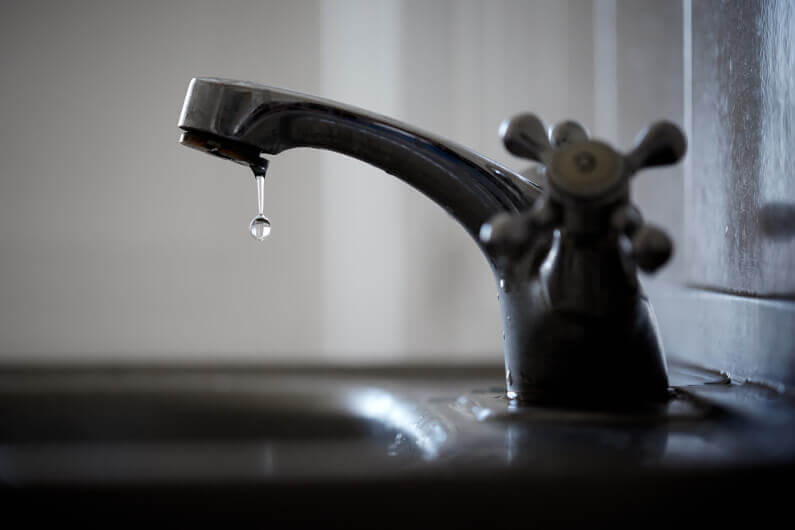 A bathroom water leak is draining in every sense of the word.

It’s literally like pouring money away. Households are said to waste as much as 10,000 gallons of water every year from easy to fix leaks.

That amounts to hundreds of dollars lost in burgeoning bill payments alone. Then there’s the money required to fix the leak and repair any damage that’s been caused.

Your bank balance can be put under serious strain.

Alas, bathroom leaks are to be expected! In older houses, in particular, plumbing systems can be pushed to breaking point with relative ease.

If you spring a leak, then identifying the problem early is essential. It’s the best way to prevent the problem from getting worse. Unfortunately, detecting a leak is often easier said than done.

We want to help!

Water that’s appearing unexpectedly is a bad sign. If you’ve not taken a bath or shower, yet water’s still on the floors, then you’ve sprung a leak.

Keep an eye out for puddles on the floor, around the base of your shower, and/or in the cabinets of your bathroom. That water’s coming from somewhere!

The same goes for dampness in the room. Damp patches (however big or small) that appear anywhere from the floor to the ceiling is another sign of a leak.

It’s found in damp and humid conditions, making a bathroom prime territory for mold to form. This is true in and around areas like the shower.

Confusingly, though, mold can also be a signal of a leak. Remember the damp patches we mentioned above? Well, it’s only a matter of time before mold grows on them.

Note any mold that’s started to form in ‘unexpected’ places. Pay close attention to mold in areas that should, in theory, remain dry.

You may or may not have wallpaper in your bathroom.

If you don’t, then skip this one. However, for those that do, read on!

Essentially, any damp that’s present beneath a layer of wallpaper will cause it to peel away from the wall. Sure, this happens in time anyway, as the adhesive fails.

But don’t let that fact dissuade you from suspecting a leak. A well-wallpapered bathroom won’t peel unless there’s a problem.

On the subject of things coming off walls, pay attention to your bathroom tiles.

Never ignore them when they’re broken or loose, or have damaged caulking between them. These can let water trickle through and impact the materials beneath in what’s called a ‘tile leak’.

Bad tile leaks can be expensive to repair. If you’re lucky, you can get away with just replacing the tiles and grout/caulk. Sometimes, though, you’ll need a brand new backing.

The basic message here is to regularly check the tiles in your bathroom for damage, wear and tear! Call a professional for support at the first sign of trouble.

Many people hear a leak before they see it.

Nothing sends terror through the hearts of a homeowner like the sound of dripping water in the walls! Any obvious water sounds must be addressed as soon as possible. You’ve sprung a leak which could be causing untold damage to the property.

Keep an ear out for more subtle and unrecognizable sounds too. For instance, a high-pitched hissing noise in the walls can come from a pipe that’s developed a slight crack.

Call the professionals whenever you notice watery noises persisting in the absence of bathroom appliances being used.

As we’ve seen, leaks often cause damp, mold and mildew to develop in your bathroom.

However, you might notice a strange smell before these key visual clues emerge.

Think about the last time you went down into an old basement. The dank and earthy odor in the room is like what you can find in a bathroom with a leak. Unfortunately, many homeowners don’t understand what they’re smelling!

They might buy a new air freshener to remove the smell, without addressing the actual cause. It would be like spraying deodorant on your clothes instead of putting them through the wash! The smell improves, but the leak is allowed to get worse.

We’ve all experienced the scourge of dripping taps in our lives. This, however, isn’t the issue we’re talking about.

Instead, keep an eye out for faucets that have wobbled and move around. Any newfound movement here sometimes shows a leak from the sink rim, which causes water to come up under the faucet base.

The good news is that these leaks are some of the easiest to resolve.

It’s a simple matter of tightening up the base of the faucet from beneath the sink. With that done, reapply the caulk and you’re good to go.

Nothing good ever comes from a bathroom water leak.

Unfortunately, homeowners waste thousands of gallons of water every year at the hands of them. As the water seeps out of the pipes and into your house, bill payments and stress levels rise too.

The amount of damage caused by a leak is usually proportionate to the time it goes unchecked. Thus, the trick to preventing unnecessary damage is to identify the problem in its infancy.

Hopefully, the key signs of a bathroom leak that we’ve highlighted above will help you do exactly that. Now, having detected the issue, it’s time to call the professionals to fix it!

Contact us today to learn more about our this and all of our plumbing services.

2 comments… add one
A Clean Drain is a Happy Drain: 10 Signs That You Need Yours Cleaned
Has your water pressure declined out of nowhere?