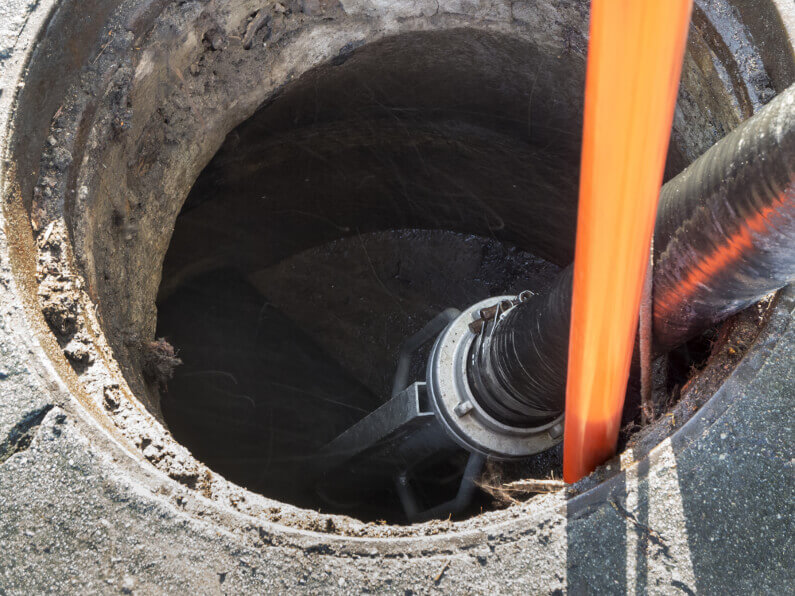 Owning a home can be stressful, as it makes you responsible for a whole lot more than you may have realized. No more calling the landlord when something goes wrong — it’s time to fix it yourself!

One of the most common things to go wrong in the home is plumbing. Especially in old pipes, it’s all too easy for them to crack or clog.

Often, the blockage is in the drain from an appliance and be fixed by plunging or using a snake to root out the issue. Sometimes, however, the clog is much further down, in the main sewer line.

If that happens, it’s time for a professional sewer cleanout.

So how do you know if there’s an issue in the sewer line?

If there’s slow draining plumbing all around your home, it may be because the main sewer line is clogged and the water is taking a while to drain through it.

When you flush the toilet, check if it drains slowly. Also take a second to watch out for other appliances, like sinks.

If they’re draining slowly but not blocking entirely, don’t ignore it. A sewer line cleanout at this point could save you from severe blockage in the future, which is the last thing you want.

2. Water Backing up in Unexpected Places

If your toilet or shower becomes clogged, you might expect water to be unable to drain from there. That’s an easy problem to diagnose — if waste isn’t disappearing when you flush, your toilet drain is clogged and needs to be unblocked.

What happens if you flush the toilet and the water backs up elsewhere? You’ve used the upstairs toilet, and water has appeared in the downstairs shower.

That means the water managed to travel somewhere, but didn’t get all the way. It’s backed up from a pipe further down the line, which could be the main sewer line. That’s a sure sign you need to find out how to find a sewer cleanout.

A more subtle sign could be bubbles appearing in appliances. For example, you run a tap in the sink, and the toilet bubbles ominously.

Even if your toilet and sinks aren’t overflowing with water when you run it elsewhere in the house, bubbling can be an issue. It may not seem detrimental to have a few bubbles appear every time you flush the toilet, but that could be a problem that’s about to get much worse.

Toilets can smell nasty if they haven’t been cleaned in a while. It’s a given!

However, if you’re entering a freshly cleaned bathroom to the faint whiff of sewage, that’s a bad sign. It could mean that the sewer line is backed up and anything in it is coming dangerously close to re-entering your house.

Although it’s tempting to try to find out how to unclog the main sewer line without a cleanout, this really does require a professional if the smell is noticeable and for prolonged periods of time. That isn’t a normal bathroom smell.

5. The Pipes Are Unable To Handle Large Amounts Of Water

If you can flush the toilet and run the sinks just fine but large washing machine loads are causing back-up, don’t ignore it.

It’s tempting to just run smaller loads and pretend there isn’t an issue, but there’s a high chance those will eventually become a problem too. Whatever clog is in the line is only going to get bigger with time, and it’ll be far easier to fix if you can get a handle on it now.

Often, the symptoms of a sewer line clog are still manageable, but it’s important to get them early so everything stays functioning. Clogs will not get smaller without a professional sewer line cleanout.

6. Flooding in the Yard

If there’s a blockage in the main sewer line, it has to go somewhere. That means that the yard is likely to flood, since it can come back up through the pipes and might re-enter the world outside rather than through the house.

If you notice excessive dampness in your yard when it hasn’t been raining, it might be time to call in a professional to check that out.

It’s also a good idea to take note if your yard is looking particularly lush, since sewage flooding it can do that too!

7. Mold and Mildew in the Home

If there’s a blockage, the water backing up could be forcing its way into the home through other means. Even if this doesn’t stop you using your appliances, this is one of the most severe signs of a back-up that needs to be checked out immediately.

Not only can mold and mildew cause extreme damage to the foundation of your house when left unchecked, but they can cause issues with your health too.

Don’t delay — the moment these patches start appearing, call a plumber to take a look at what’s going on.

Noticed These Signs? You May Need a Sewer Cleanout

A clog in the main sewer line is the last thing anyone wants. It’s a hard issue to fix through DIY, considering a plunger and a snake won’t do the job. It requires more specialized equipment.

Don’t ignore the signs despite the hassle — it could get worse very quickly.

A sewer cleanout can’t be done on your own. If you’re noticing any of these signs, it’s time to call in a professional.

If you need a reliable plumber in Columbia SC, contact us today!

0 comments… add one
How Much Will It Cost to Repipe a House (And Will It Add Value to My Home)?
Do I Need Backflow Maintenance? Plumbers in Columbia, SC