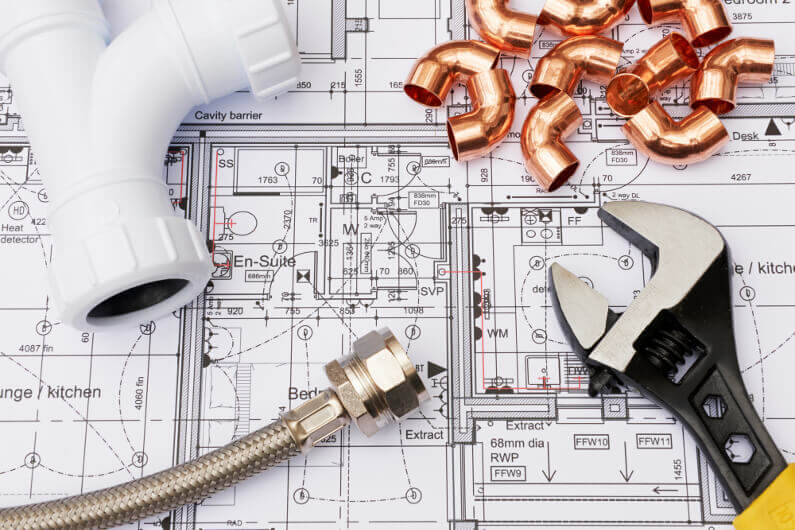 On average, you can expect the plumbing pipes in your home to last between 80 and 100 years.

This long lifespan—and the fact that your pipes are hidden behind the walls—probably means that you’ve never actually seen your pipes before, so how are you supposed to know if they need to be replaced?

We’ve put together this guide to show you some warning signs that mean it’s time to get new pipes (and how much you can expect to pay for the job).

So let’s get started!

Breaking Down the Cost

There’s no one-size-fits-all answer to this question. The price of the job will change depending on a number of factors, including:

A large home that has a lot of plumbing fixtures will cost more to repipe than a small home with a single bathroom. Because of this, you’ll need to get an estimate from a plumber that’s based on the specifics of your home before you start creating a budget.

How Long Does It Take?

Again, this depends on the size of your home. A professional can repipe a small home in two to three days, but if your home is large, the entire process may take a week (or longer).

Does this mean you won’t be able to use your sinks, showers, toilets, etc. for an entire week?

When you repipe a house, the plumber will build the new pipes alongside the old ones (in most cases). So, you’ll be able to keep using your water from the old pipes while this is happening. The only time you’ll be without water is when the plumber switches the home over to the new system.

Signs You Need to Repipe a House

You might not be able to see your pipes, but there are several, visible warning signs that’ll tell you they need to be replaced—if you know what to look for. If you notice any of the following things, you should get in touch with a plumber right away.

The Pipes Are Old

For example, some older homes may still have lead pipes. These types of pipes can cause all kinds of health issues, so you’ll want to replace them as soon as possible (no matter how “good” their condition is).

Your pipes also shouldn’t make a lot of noise. If they’re making loud banging or clanking sounds, something isn’t right, and you should have a professional take a look.

Always replace your pipes if they’re reaching the end of their lifespan or if you think they are no longer safe for your home.

You Spend a Lot of Money on Plumbing Repairs

Are you constantly spending money on plumbing repairs? That probably means there’s something wrong with your pipes. Investing in new pipes will help you save a lot of money in the long run.

The Pipes Are Leaking

Your pipes shouldn’t start leaking. If they do, it’s often a good idea to go ahead and repipe your home. Pipes that start leaking are often old or damaged anyway.

That said, you don’t have to repipe the entire house to fix one leak. You can simply patch up the leak and call it good.

Just keep in mind, if your pipes started leaking once, they’ll probably start up again at some point soon. Because of this, your patch job won’t make much difference in the long run.

Your Home Has Low Water Pressure

Low water pressure isn’t always the fault of your pipes, but it can be. If sediments or corrosion build up inside your pipes, the water will have a harder time getting through, which can cause it to come out of the faucet in a trickle. Getting new pipes will remove this type of buildup, giving you better water pressure again.

If your water is any other color than clear, there’s something wrong with your pipes. Sediment, rust, or corrosion can turn your water yellow, brown, or red. In some cases, you might notice a bad smell or taste before you notice a change in color.

Call a plumber right away and, if they recommend it, schedule a repiping appointment.

You Can See Corrosion on the Pipes

Corroded pipes are weaker than normal pipes, meaning they’re more likely to start leaking. They can also lead to that discoloration, smell, or taste we mentioned above.

Repairing corroded pipes is often difficult (and may not work), so it’s better to replace them. You can spot corrosion by the discoloration it creates, spots of rust, small indentations in the pipes, and flaking.

Of course, this might be hard to see if your pipes are hidden behind walls. If you do notice these corrosion signs, though, you should talk to a plumber about getting new pipes.

Adding Value to Your House by Repiping the Plumbing

When you repipe a house, you aren’t just fixing those annoying plumbing problems. You’re also adding value to your home. When it comes time to sell your home, buyers will pay more for updated pipes.

Do you think your home might need new pipes?

We’ve got you covered! Make sure you click here to learn more about how we can help you today!